Paradigms in and of themselves are neutral. If your paradigms are positive, you will have a happy, growth-oriented life, a healthy self-image, and the ability to adapt successfully to changes, upsets, and unforeseen events.
Conversely, negative paradigms can keep you stuck in old ways of thinking that can be very limiting. They keep you as imprisoned as do a cell and a set of iron bars. Maybe even more so, since they imprison you in the place where all true freedom resides: the mind.
Understanding Precedes Change 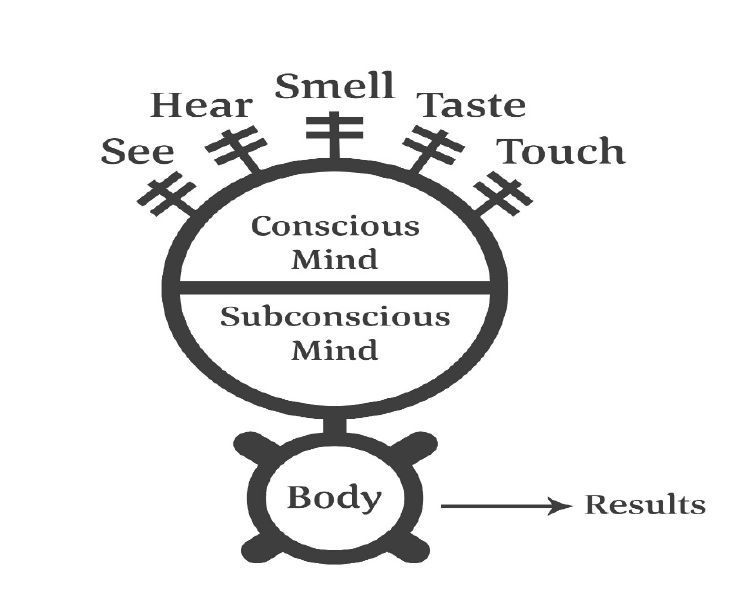 How a paradigm is formed
Now that you understand how your mind works, it is important to realize that any thought you consciously or unconsciously impress upon the subconscious over and over becomes fixed there. Fixed ideas (or habits) will then continue to express themselves without any conscious assistance, until they are replaced.
But where do these ideas come from?
To a large degree, we inherit our paradigms through our genetic and environmental conditioning.
You were programmed, for example, by your parent’s and ancestors’ DNA, as well as many of their beliefs and habits—going back for generations.
When you were a child, everything that happened around you went right into your subconscious mind because you had no ability to reject anything. Any ideas that you were exposed to over and over again were like seeds being planted in fertile soil. They took root in your subconscious, and became part of the paradigms that control every aspect of your life.
We’re not taught about paradigms in school. So some 20, 30, 40, or 60 years later, we’re still living the same way we were programmed as little kids.
How to change paradigms… and get new and different results

Lucie is an entrepreneur, author and partnered with the Proctor Gallagher Institute. Lucie joined the Proctor Gallagher Institute where she studied and graduated in 2016. Lucie is mentored and is in business with Bob Proctor. She is a certified Thinking Into Results Consultant, teaching what Bob Proctor has been studying for almost 60 years.
Bob Proctor is the most reputable Human Potential, Personal Development and Success Coach in the world. Bob Proctor is the recipient to the legacy of the richest man and philanthropist of the early 19th century, Andrew Carnegie. Proctor followed in the steps of  Earl Nightingale, which in turns was taught by Napoleon Hill, which was Carnegie’s pupil.
SCHEDULE YOUR DISCOVERY SESSION TO LEARN HOW TO TRANSFORM YOUR LIFE